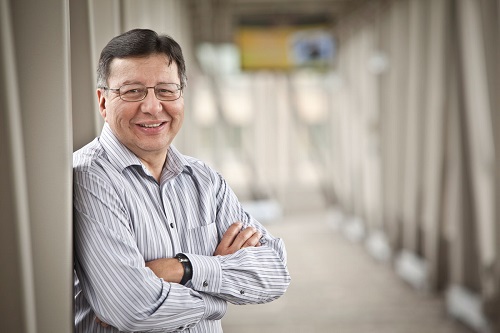 Daniel Christmas, a lifelong resident of the Mikmaw community of Membertou, has been active in a number of international, national, provincial and local organizations in a range of fields including Aboriginal and treaty rights, youth, justice, policing, education, health care, human rights, adult training, business development and the environment. As the Director of Advisory Services for the Union of Nova Scotia Indians, Mr. Christmas coordinated its political and litigation strategy on Aboriginal and treaty rights, led the Mikmaw response to the Report of the Royal Commission on the Donald Marshall Jr. Prosecution, and helped ensure the implementation of many of the reports recommendations. Over the past two decades as Senior Advisor for Membertou, he has played a key role in transforming his home community from a First Nations on the verge of bankruptcy into one of the most successful in Canada. Mr. Christmas is also a consultant with Membertou Quality Management Services, providing services to a number of Mikmaw organizations. He has served with or chaired many provincial and national boards, advisory committees, and organizations. For 18 years, he chaired a local charitable organization, Educational Program Innovation Charity, which was recognized as the best run non-profit organization in Canada by the Donner Canadian Foundation in 2010. He has received numerous awards and distinctions for his work, including an honorary Doctor of Law Degree from Dalhousie University.

Daniel, short name Dan, which he uses professionally, Danny to family and friends, was born in Sydney and raised in Membertou. He is the son of Augustus and Viola Christmas and is the oldest of 6 children, 4 sisters and a brother, the youngest in the family, who passed away 10 years ago of diabetes complications. He is married to Arlene Nicholas from Tobique, better known in the art world as Dozay, which is her Malecite Name. And, he is the Grandson of the late Membertou Chief Ben Christmas, a man who fought hard to defeat the Canadian Government's Centralization Plan, which was designed to solve it's Maritime Province's "Indian problem" by assimilation, cultural Genocide!

He attended school in Sydney and graduated from Sydney Academy High School in 1975. He received a Diploma from University College of Cape Breton in 1976.

Christmas has served in various leadership positions in the Mikmaw Nation of Nova Scotia. After serving five years as the Band Manager for the Community of Membertou, he worked for the Union of Nova Scotia Indians for 15 years - the last 10 as its Director. He was actively involved in the recognition and implementation of Mikmaw aboriginal and treaty rights in Nova Scotia.

Since 1997, he has held the position of Senior Advisor to the Mikmaq community of Membertou. In this position he has assisted the Chief and Council and its Management Team with the day-to-day operations of the Communitys administrative and business affairs. Dan also served as elected councilor for Membertou for 18 years and continues to serve on the Board of Directors for the Membertou Development Corporation.

Dan Christmas, senior adviser at Membertou next to the Membertou Trade and Convention Centre
and its pedway connecting the facility to the Hampton Inn. (Staff)

Dan Christmas never knew what or where his journey would take him.

He just knew his fathers teachings would buoy him along the way  and that was going to be more than good enough.

The oldest of six children, Christmas often found himself in a leadership role in his Membertou-based family at a young age. He encouraged his younger siblings, gave a hand to his mother around the house when needed, and even joined his dad at his various work spots.

But when Christmas and his family were hit with the unexpected passing of their father, he was thrust into what would be his eventual full-time calling in life  leading  and he hasnt looked back since.

Getting in politics was really by accident, Christmas says. My dad never wanted me to get involved with politics because my grandfather was the Chief of Membertou for many years and my dad didnt like what politics did for his father.

So it was really out of economic necessity that I got involved. In my second year of university, when my dad passed away, I had to work to help out. So I dropped out and started as a band manager at the age of 19.

My dad wanted me to finish university but I just never had a chance. So this wasnt a path I had chosen but I was fortunate enough to be selected. I always say my first five years, from 76-81, that was my university training and that really shaped what was to come years later.

What has developed, in fact, is a storied political career that will give Christmas a non-affiliated (independent) seat in the Canadian Senate, following Prime Minister Justin Trudeaus plan to alleviate the highly partisan nature of the chamber of sober second thought.

As a band council member and senior adviser for the Membertou First Nation for 19 years, Christmas earned his stripes on the national stage by helping to orchestrate one of the most noticeable economic turnarounds in Canadas aboriginal community in the late 1990s.

With the band facing possible bankruptcy and a 95 per cent unemployment rate, Christmas played a key role with the Cape Breton First Nation and helped to develop the communitys work force, operating budget and infrastructure.

Today, they are often used as an example of financial sustainability and transparency.

The transformation, Christmas says, was special but the determination and positivity needed to overcome such a daunting task stemmed from years of following his late fathers lead.

My dad was a war veteran and he was disabled in the war  he had a back brace and a leg brace and was partially paralyzed  but that never stopped him, Christmas says, acknowledging also the constant work of his mother in keeping the family afloat.

He was a very, very hard worker and he supplemented his income by being a very creative entrepreneur, given his situation. He would drive children to school, cut wood, he did a lot of gardening  he even had his own small store.

So I think, just by watching him work so hard and by his sheer example of determination, the whole family picked up on his work ethic and entrepreneurial spirit. That really shaped my childhood experience.

Now that Christmas  who has received the National Excellence in Aboriginal Leadership Award and the Sparks Award from Novaknowledge, for forward thinking  is about to be officially sworn into the Senate in the coming weeks, hes adamant that relations between the aboriginal community and Ottawa continue to improve, so the example of minorities like his father is not in vain.

I think in the past we were very monocultural. There was only a certain type of person who was in leadership positions. But the reality is that Canada is very multicultural, Christmas says, citing Wanda Bernard and Yuen Pau Woo as two fellow and notable senatorial appointments.

Growing up, for me, was like looking in a mirror and not seeing yourself. But now a lot of people are being reflected positively in the Canadian landscape in many different sectors.

So when I think of this appointment I really think that this is the time that weve found our place. We found our voice and we found recognition.

It really reflects what Canada is made of and a certain part of Atlantic Canada in particular with the Mikmaw nation. Now we can bring that perspective and that voice, and show what we can do to build Canada.