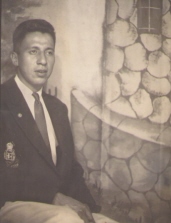 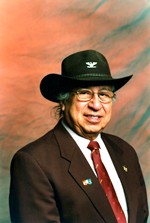 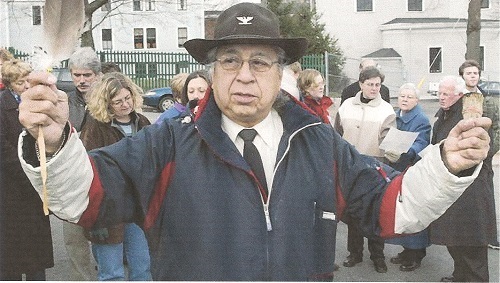 If mortal accomplishments count for anything in the afterlife, Noel Knockwoods were piled high after his 81 years on this earth.

Highly respected Mikmaq elder and spiritual leader, member of the Grand Council, a Korean War veteran and Nova Scotias first aboriginal sergeant-at-arms at the provincial legislature, Knockwood managed to achieve much before his death around 11:30 p.m. Thursday while in hospital.

But it was Knockwood the man, the father and the friend who was best remembered on Friday.

He was a good-natured man and a lot of fun to be around, recalled Daniel Paul, Knockwoods life-long friend.

Noel wasnt a man to hold grudges, and as long as Ive known him he never bad-mouthed anyone; he might have had bad words to say about the system, but thats it, said Paul, an author and Mikmaq historian.

Both Noel and I, like all native kids at the time, we were  considered wards of the Crown, like drunks and insane people. But when we were out of the residential school we were free as the birds and we had a lot of fun together, Paul said.

Knockwood and Paul were both born in Indian Brook and were members of the Shubenacadie First Nation. They attended Shubenacadie Indian Residential School.

A gentle and wise man, Knockwood was almost revered by his family and friends.

There were so many who came during the last few days to visit him, said one of his daughters, who didnt want to be named.

We were gathered at his bedside, telling stories and laughing through the night. Thats how he died, with the sounds of his family in the background, she said.

He passed away shortly after one of his nine children made it to his bedside after a journey from Ontario. He was unconscious but he was waiting for her to come.

It was a peaceful death, just a sigh and it was over, she recalled.

Knockwood had suffered a massive stroke in his Hilden home Monday night.

Although his early education ended at Grade 8, later on in life Knockwood earned a BA from Saint Marys University in Halifax and a diploma from the Coady Institute at St. Francis Xavier University in Antigonish.

He was a popular guest lecturer at universities and high schools, spreading the word about cross-cultural understanding, human rights and other social issues. Hed also been an adviser on native affairs to the Correctional Service of Canada.

A role model who beat alcoholism and counselled those ravaged by addictions in many native communities, Knockwood never hesitated to speak out on behalf of those who suffered.

The suffering of native students should be recorded as one of the most tragic stories of North American and religious history, he told The Chronicle Herald in 2010.

He was a man who had a big heart for all the Mikmaq people and a sense of great dedication, said Paul.

It was always an honour to be in his presence because he was a very open, giving and caring person who carried himself in an honourable and respectful way, he added.

He would be in meetings, listening carefully and absorbing what everyone had to say, and then he would speak and he always had something really cool to say.

Noel Knockwood was a pillar of his community who touched the lives of many Nova Scotians with his wisdom, compassion and commitment to building a society that practises inclusion and respect of Mikmaq heritage and culture, said McNeil.

He made history in so many ways by quietly and passionately sharing his deep belief in Mikmaq spirituality and serving his country with distinction in a time of war, added McNeil.

The Mikmaq leader will be waked at home, 130 Fern Dr., Millbrook, beginning at 2 p.m. Saturday until 9 a.m. Tuesday.

A Royal Canadian Legion tribute will be held at 10:45 a.m. Tuesday at the Colchester Community Funeral Home in Truro followed by a traditional service.

Excerpt from The Seven Sacred Prayers © 1996 by Noel Knockwood

"O Great Spirit of the South, whose warm breath of compassion melts the ice that gathers round our hearts, whose fragrance speaks of distant springs and summer days, dissolve our fears, melt our hatreds, kindle our love into flames of true and living realities. Teach us that he who is truly strong is also kind, he who is wise tempers justice with mercy, he who is truly brave matches courage with compassion."

To read a Halifax Herald column I wrote about Noel's background please go to: http://www.danielnpaul.com/Col/2001/NoelKnockwood-RoleModelForAll.html