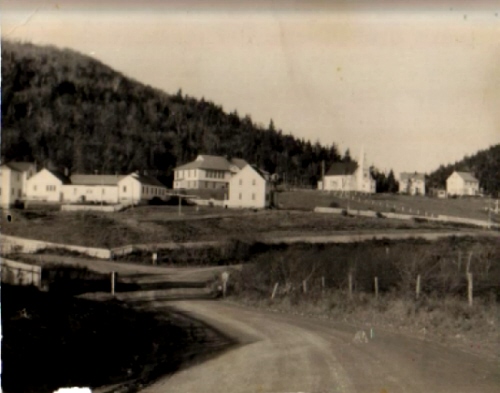 At this stage the injustices and persecution continued as usual, with generally very few restraints placed upon the perpetrators. This is emphasized by the fact that the Canadian government was again making plans that would drastically alter our political system and consequently our way of life without consulting us. Around the end of 1954, directly opposite to the centralization goals just abandoned, and their past efforts to establish that there was only one Band in Nova Scotia, the bureaucrats in Ottawa began to discuss among themselves the reorganization of the Bands in Nova Scotia under the Indian Act. This reorganization would turn out to be easier than they probably supposed because, although centralization had taken its toll on some of the smaller Bands, the Band village system still remained much as it had been from ancient times.

Under this system all the Mi'kmaq settlements scattered throughout the province had their own Chiefs and Councillors and handled most of their own affairs. It worked quite well. However, probably unaware, or uncaring, that the system they were planning to destroy was the remnant of the ancient Mi'kmaq District system of government, the bureaucrats ploughed ahead with their own idea.

In response to a request from Ottawa, Bart McKinnon, Regional Indian Affairs Supervisor for the Maritimes, submitted a plan to headquarters dated December 4, 1956, to divide the Nova Scotia Mi'kmaq into separate Indian Act Bands. This initiative was tailored to fit the government's national assimilation strategy for permanently solving Canada's "Indian problem." In his proposal McKinnon noted how "integration" and "nature" would solve some of Nova Scotia's Indian problems. No consultations had yet taken place with Mi'kmaq leaders.

Finally, in early January 1957, McKinnon took steps that should have been taken when Indian Affairs first begun to consider the issue in 1954. Two meetings were held with the Mi'kmaq to discuss the proposal: the first with the Cape Breton Mi'kmaq on the 10th, and the second with the mainlanders a few days later. At these meetings both Districts independently agreed to set up their Bands in accordance with the provisions of the Indian Act, and further agreed to distribute their lands as they saw fit. This was logical because both Districts wished to maintain their historic independence from the other. However, in disregard of democratic principles, it wasn't approved by Band members via a referendum.

Although the Department anticipated problems with the distribution of lands, there weren't any. In fact, once the Mi'kmaq became involved the issues were quickly sorted out. The Bands which were eventually organized under the Act were, with one exception, almost identical to what had already existed.

The mainland Bands and their Reserves as organized under the Act in 1958-59 were as follows:

The members of the small mainland Bands were put on a general Band List; then in 1967 the Department unilaterally organized them into the Acadia Band. This dictatorial move, made without their consent, has been a bone of contention among the several factions that had previously been treated as separate Bands, and the discontent continues today.

The Department's strong-arm tactics in creating the Annapolis Valley Band came back to haunt them in the 1980s. On June 24, 1984, a large group of the Band's members, who viewed themselves as having been independent prior to 1958, broke away and formed the Horton Band. They felt they were not compatible with the remaining Band members and would be better off doing their own thing. The separation was not without rancour, but it has worked out for the best for both parties. As a result of the organization of the Acadia Band and the breakaway of the Horton Band there are now thirteen Bands in Nova Scotia.

The Cape Breton Island Bands and their Reserves as reorganized were:

As this exercise has never been approved by Band members, it's possible that one day it will wind up in court because land transfers, which require Band member consent, were involved.

In line with the new order of Band politics, in 1958 the 1919 Band fund consolidation was reversed. The remaining moneys were separated once again into individual Band trust accounts. Distribution was made on a per capita basis.

Please click the following to view a map of Mi'kmaq territory: Map - Mi'kmaqTerritory