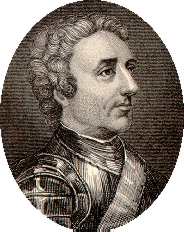 GENERAL JEFFERY AMHERST PONDERS
THE BEST GENOCIDE METHODS TO USE

In July 1763, two years after the "Burying of the Hatchet Ceremony," General Jeffery Amherst, the Commander-in-Chief of all British forces in North America asked this question in a memo he wrote to Colonel Henry Bouquet, a Huguenot in the service of England:

"Could it not be contrived to send the Smallpox among the disaffected Tribes of Indians?"

Bouquet replied: "I will try to inoculate the [the word is illegible but probably says "Indians" with some blankets that may fall into their hands, and take care not to get the disease myself."

Amherst answered: "You will do well to try to inoculate the Indians by means of blankets."

Amherst's contempt for the Indians is amply reflected in his journals and correspondence, though it may perhaps be doubted whether he was more bigoted than the average official of his Time!

One could argue, but in my opinion not very successfully, that Amherst wrote his letter to Bouquet proposing the use of genocide in the knowledge that Pontiac, "Chief Detroit," was making an effort to organize the Amerindian Nations, from the east coast to the mid-west, including the Mi'kmaq, into a unified force to eject the English from their territories. Thus Amherst had no choice but to take drastic measures to stop him. This type of argument might have some legitimacy if the English were the defender rather than the aggressor, but as they were the aggressor it offers none.

From the tone of the racist language he used in his diaries I believe that elitist racist beliefs were the prime factor behind the General's desire to commit genocide. One can easily support this theory from the degrading names he and Bouquet had for the Natives. Amherst described the Amerindians as an "execrable race." Colonel Bouquet's pet description was "the vilest of brutes." Lawrence Shaw Mayo states in his biography of Amherst:

As he sped on his way to the relief of Fort Pitt, the Colonel exchanged interesting suggestions with the General as to the most efficient manner of getting rid of the redskins. His first orders to Bouquet were that he wished "to hear of no prisoners should any of the villains be met with arms." Besides using smallpox the two gentlemen contemplated another method: "As it is a pity to expose good men against them, I wish we could make use of the Spanish method, to hunt them with English dogs." Amherst lamented that the remoteness of merry England made the canine aid impracticable.

I shall only say that it behoves [sic] the whole Race of Indians to Beware, for I fear the best of them have in some measure been privy to & concerned in the Late Mischief of Carrying Matters much farther against the English, or Daring to form Conspiracys [sic], as the Consequences will most certainly occasion measures to be taken, that, in the End will put a most Effectual Stop to their very Being. Gen. Jeffery Amherst, 27 August, 1763

I came across this tweet today which tells of an incident between a pupil and his teacher. The teacher in question told the Native American pupil that Indians were at fault for contracting smallpox and that no English/American people were involved in that matter. I'm writing this to be used as a reference in future incidents. This is not a matter of opinion, this is a matter of public record. Purposeful infection of Native Americans with smallpox was one of several necessary means that white European settlers used in an deliberate, concerted effort to drive us to extinction. Among the damning evidence are letters written in 1763 between officers of the British military detailing plans to send a plague among the vermin to eradicate them.

The reinforcement you have ordered this way is considerable by the additional number of officers, will fully enable me to crush the little opposition they may dare to offer along the Road, and Insure that Part of the Country against all their future attacks, till you think proper to order us to act in conjunction with the rest of your forces to exterminate that Vermin from a Country they have forfeited, and with it all claim to the rights of humanity.??Col. Henry Bouquet, 23 June, 1763

Continued, same letter as above: I have no pretension to be a judge of Indian affairs, but I should be sorry we should ever appear to be under the best obligation to the perfidious Cherokees, and as to the Catawba, they are no more a nation. I would rather chose [sic] the liberty to kill any Savage that may come in our way, than to be perpetually doubtful whether they are friends or foes.??Col. Henry Bouquet, 23 June, 1763

There is no doubt but it is, & has been, in the power of the Six Nations to Interrupt the Communications at any time since the Troops were Detached from their Continent to the Highland, were they Disposed thereto; But there is as little Doubt but that such a Step would, in the End, bring Ruin on their own Heads; And therefore It is as much their own Interest as Ours to Remain Quick & Peaceable. Indeed, it is more so; for their Commencing Hostilities against Us & Persisting therein might be Attended with the Loss of Inferior Posts & a few of our People at first, but must Inevitably Occasion such measures to be taken and would Bring about the Total Extirpation of those Indian Nations.??Gen. Jeffery Amherst, 9 July 1763

I will try to inoculate the Indians by means of blankets that may fall in their hands, taking care however not to get the disease myself. As it is a pity to appose good men against them, I wish we could make use of the Spaniards' method, and hunt them with English dogs, supported by Rangers and some light horse, who would, I think, effectively extirpate or remove that vermin.??Col. Henry Bouquet, 13 July, 1763

You will do well to try to inoculate the Indians by means of Blankets, as well as to try every other method that can serve to Extirpate this Exorable Race. I should be very glad your scheme for hunting them down by Dogs could take effect, but England is at too great a distance to think of that at present.??Gen. Jeffery Amherst, 16 July 1763

Sir, I am to own your Letters of the 27th July, which came to hand last night. I do not devise to enter into any Negotiations with the Tribes engaged in the present Insurrection, until they have suffered a most severe Chastisement, which must be Previous to any accommodations or they will most assuredly break it. Indeed their Total Extirpation is scarce sufficient Atonement for the Barbary and Inhuman deeds they have Committed.??Gen. Jeffery Amherst, 7 August, 1763

I shall only say that it behoves [sic] the whole Race of Indians to Beware, for I fear the best of them have in some measure been privy to & concerned in the Late Mischief of Carrying Matters much farther against the English, or Daring to form Conspiracys [sic], as the Consequences will most certainly occasion measures to be taken, that, in the End will put a most Effectual Stop to their very Being.??Gen. Jeffery Amherst, 27 August, 1763

Well, there you have it. The smoking gun in the General's own handwriting.